My big model of the little tugboat “Dearborn” (seen in the header here), has been donated to the Dossin Great Lakes Museum. Since the museum rotates their model ship exhibits, I have no idea how long she will be on display… but she just went into the exhibit in June 2015. 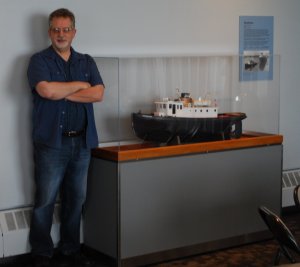 Better here than hiding in my basement!

It’s a little bit sad to give up the model, but it takes up a lot of space at home, where it’s usually just hiding in the basement… I just don’t take the big R/C models out as often as I’d like!

Dossin is a great home for her, as the museum on Belle Isle in the Detroit River is just a few miles from the site of the Great Lakes Engineering Works, the yard which built her and other famous ships, such as the Edmund Fitzgerald. 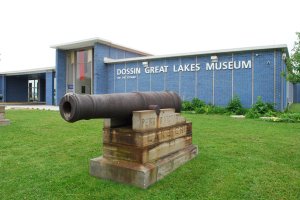